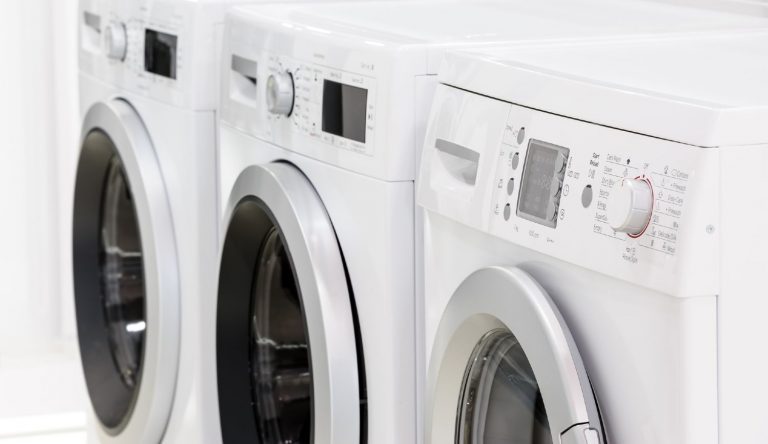 Washing machines, or washers as they are also called, have for long been an integral and important part of our homes. There are hardly any homes where washing machines are not in use – often.

However, buying the right washing machine could be a challenge because of so many makes and models. Secondly, we often get into a bit of confusion when choosing between front-load and top-load washers.

Ease of use is one of the main factors that are considered when choosing between top-load and front-load washer.

For example, it is possible to add clothes while the machine is in its mid-cycle or even after the cycle has just started. They are also known to be better when it comes to collecting lint and the distribution of fabric softeners is also much better when compared to front-loading machines.

Front-loading washers come with a tub that is in a horizontal direction. There’s no central agitator. The clothes stir and move with the help of paddles, that are located on the sides of the tub. The main job of the paddles is to loosen dirt from the clothes, and this happens because of the friction that they are able to create.

On the other hand, top-loading washing machines come with a tub that is placed in a vertical position. The basket also has an agitator that is placed on a vertical axis. The agitator moves and swirls the clothes in clockwise and counterclockwise directions. It also has ridges that help push clothes and help them to swirl in line with the movement of the agitator. The alternate movement results in friction and that is what helps to remove dirt and grime from clothes.

Front-loading machines are usually more expensive compared to top-loading ones. Most people are not too bothered spending a few hundred dollars more on the front-loading models. They are considered to be more energy efficient, and will help cut down on your electricity bills.

Since we buy washing machines only once in 10 to 15 years, it usually makes much better sense to invest a bit more and buy something that offers better value for money.

The tub capacity of front-loading machines is bigger when compared to top-loading ones.

This is because the front-loading ones do not have agitators in the center. This helps to save quite a bit of space, and the same can be used for washing more clothes at once.

If you have several rounds of washing at hand, the front-loading variants could be a better choice and save you a good amount of time on the long run.

Front-loading washers are known to consume less detergent and water, which is a big plus if you’re a large household with lots of laundry.

The way the front-loading washer works, is to fill up the tub to cover the laundry just slightly, and then spin it all around in order to cause friction.

Most people still prefer the top-loading washers though, because of the convenience and their ability to top up with any detergents or extra laundry along the way.

If you have space constraints, it makes better sense to go for the front-loading machines.

They are more compact in design, shape, size and ergonomics. You can easily stack two front-loading machines, one on top of the other. Most people like to buy a washer and dryer, and stack them on top of each other, OR a washer/dryer combo, which is possible if you get a front-loading model.

The Energy Star certificate is important when picking a washer for your needs. It ensures a low energy consumption, so you’ll ultimately save a good amount of money on your electricity bill.

Make sure you check the Energy Guide rating no matter what model you choose, and compare with similar models to get an idea of how much energy they use.