Skip to content
Our team independently selects, reviews, and identifies the best products. We may earn affiliate commissions on purchases made from links on this page. Learn more. This post was updated on March 19, 2021 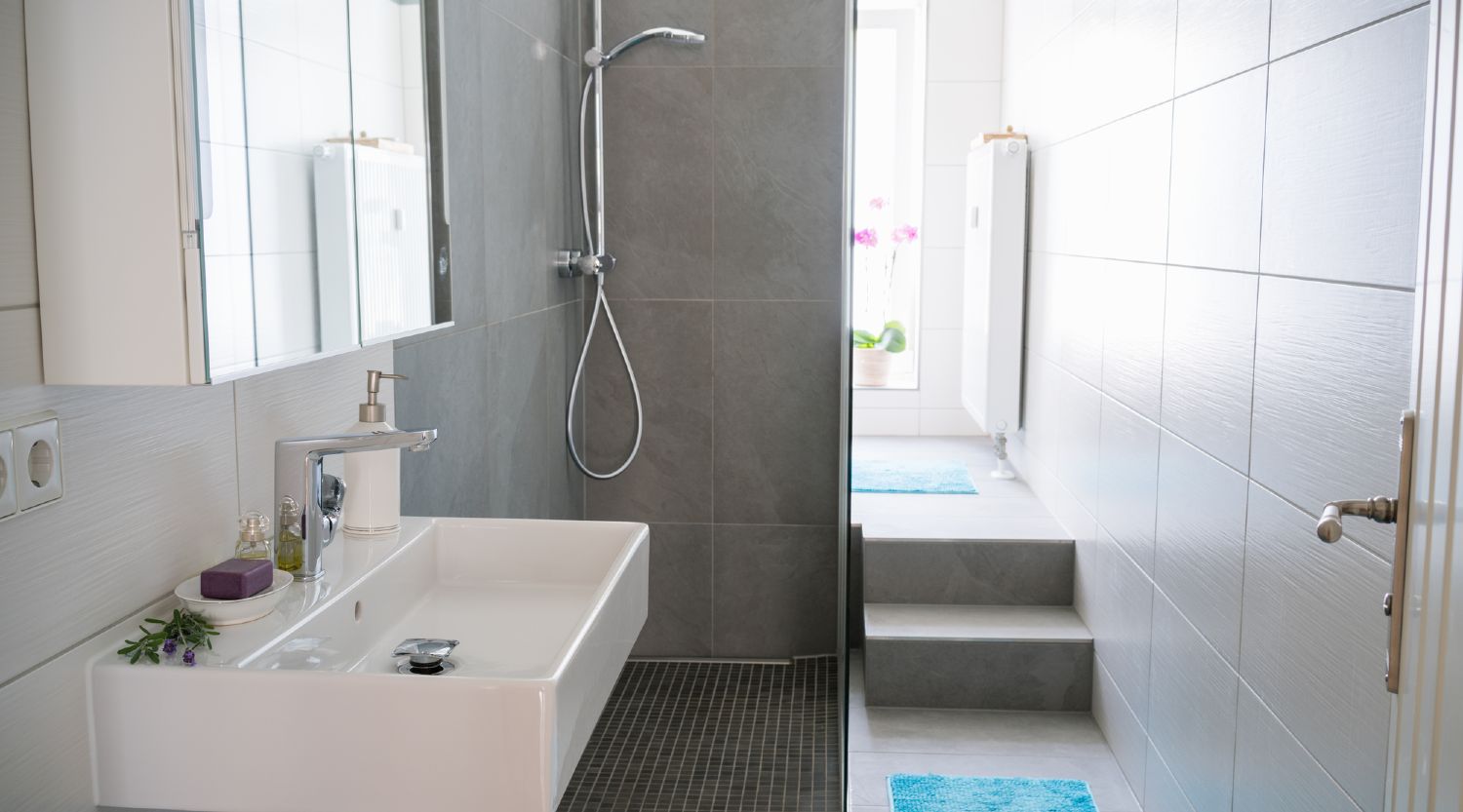 Small bathrooms with a doorless shower have a lot of benefits. Aside from the fact that they save up space, they are also cheaper to build and a lot of them can be wheelchair-friendly. According to The Spruce and their article “19 Great Ideas for Showers Without Doors”, doorless showers are also considered more luxurious, and can even be a selling point due to the open, modern design.

Doorless showers can be a bit more challenging and expensive to build than regular showers (plastic pans, with or without walls and usually fitted with a curtain), depending on the materials you want and the kind of look you’re going for. With some creativity and inspiration, you can have the walk-in shower you’ve always dreamed of, while getting all the useful features that you actually need.

When you have a small bathroom, the biggest dilemma is whether to install a proper walk-in shower or a bathtub with a shower head. Why not put both? You’ll be able to enjoy both the comforts of a shower and/or bath any time you want with this kind of design. You’ll also be able to save space in your bathroom with a two-in-one shower-and-bath set up like this on one end of your bathroom wall.

Flaws but not deal-breakers: Climbing in and out of the bathtub for a shower is a bit of a hassle, and not the best option for neither kids nor elderly. You can get bath steps with or without handles, but they would require you to climb stairs which could be problematic to some people.

If you’re a big fan of modern or contemporary interior design, you might want to incorporate a black-rimmed glass partition into your walk-in shower. It frames the glass so you don’t accidentally bump into it when entering or exiting your shower space. If your home is industrial-themed, the black rim will also add to the look and feel.

Flaws but not deal-breakers: If there is no small step between your shower floor and the rest of the bathroom floor, the water might spill out and leak everywhere. Black surfaces will also require more cleaning, because limescale deposits will quickly become visible.

You can never have too many shelves when it comes to small bathrooms. With a design like this, you’ll be able to have some additional shelf space to put in anything you want at a hand’s reach from your shower area, such as shampoo, soap, and the like. It can also serve as a storage space for spare towels, lotion, body creams, and more.

Flaws but not deal-breakers: If you or someone in your household tend to be a messy bather, you might find your spare towels and other essentials wet, especially with the shelves so close to the shower area.

This type of shower area provides a solid partition with a glass window. It’s a bit more old-fashioned in design, but it is also more effective in keeping all the water in. The small step between the shower area and the rest of the bathroom floor also keeps the water from spilling out, and you can even install a shower curtain if you want to make sure no water is splashing out onto the floors.

Flaws but not deal-breakers: A partition like this requires more materials and might be more expensive to install.

A pure glass partition for your walk-in shower will always give it a sleek, modern feel. Plus, it doesn’t hinder the light from shining in through the windows. You can also opt to lower the floor of your shower a little bit so the water won’t leak through to the rest of the bathroom floor.

Flaws but no deal-breakers: Sometimes, it’s hard to spot a pure glass partition, and if you aren’t careful, you (or your guests) could bump into it. Glass also smudges easily with soap, fingerprints, and limescale, so setting a schedule to regularly clean your glass partition is important.

If you want to have a solid partition but aren’t sold on the idea of having one made of pure glass, you could install a solid wall instead that is overlaid with tiles. It does keep out a lot of the water and gives more privacy for your shower space. You can also make it easy to get towels by hanging hooks on the wall partition.

Flaws but not deal-breakers: Because this kind of partition will require cement and tiles or other more solid elements, they will cost a lot more to build. Unless you’re experienced in this field, you’d have to hire a professional for the job.

Who says that showers have to be boxed places in one corner of your bathroom? If you’ve got a bathroom tucked in one corner of the house that might have an odd shape, why not turn it into a lovely shower space like the one above? It gives a classy, unique feel that’s perfect for your bathroom or the guest bathroom.

Flaws but not deal-breakers: It can be challenging to find a spot where the shower area will have that kind of space. If the place is also where the roof is also a bit lower, it can be hard for taller people to shower if they can’t stand upright.

This unique shower space features two points of entry and a triangular-shaped shower area where the shower head is mounted on the wall partition. If you don’t have the space for a square or rectangle shower area or are looking for something a bit more unique, this might be a good model to draw inspiration from.

Flaws but not deal-breakers: If not done properly, you might end up taking up more shower area instead of maximizing what little space you have in your small bathroom. You might also end up with a smaller shower space with less room to move about.

If you don’t like partitions at all, you can go for an open shower on one side of your bathroom, with the shower head mounted on one side of the wall. This gives you a lot of space to move around as you don’t have to be restricted by partitions, whether glass or pure wall or a mix of both.

Flaws but not deal-breakers: As with the other shower areas with more wide, open spaces, there is always the danger of accidentally spraying water on shelves, towels, and everywhere else that you would rather remain dry. If the shower is not separated by a small step or is slightly lowered, the water can also spill over to the rest of the bathroom floor.

If you want to keep your shower area completely partitioned off, you can opt to build in a shower area that is enclosed, but just leave off the doorway. This allows maximum privacy and also keeps the water from escaping and wetting the rest of your bathroom floor and even the cupboards and walls.

Flaws but not deal-breakers: This will cost a lot more to build as it is as if you are building a complete shower area—just one that doesn’t come with a door. You also need to make sure that the step between the shower and the rest of the bathroom floor is low or high enough that you won’t accidentally stumble on it when you’re going in or out of the shower.