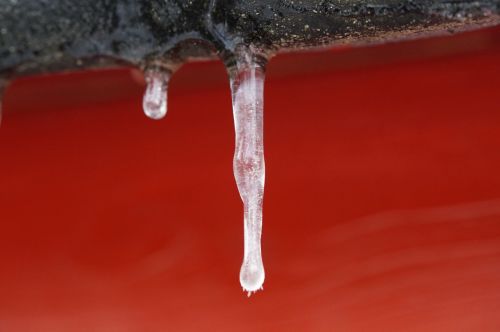 The lowly winter temps are not only punishing for you: they can as well cause your pipes to freeze risking a burst and related troubles including dangerous flooding in your home.

Needless to say, you have plenty bothering you during the chilly months and the last thing you want is a new headache in the form of frozen lines inside your home (they can be such as a pain to fix!).

The biggest question is: How long does it take for pipes to freeze?

Well, I’m going to tell you how long it take for pipes to freeze in this article to help you stay on top of things this winter and steer clear of a potentially costly calamity.

As a bonus, I will also educate you about what temperature levels do pipes generally freeze and how to unfreeze pipes.

Read to the end.

Contents Show
1 How long does it take for pipes to freeze?
2 What temperature do pipes freeze?
3 How to unfreeze pipes
3.1 1. Identify the frozen pipe
3.2 2. Turn on the nearest faucet
3.3 3. Heat the frozen section
3.4 4. Repeat the process
4 What to do with burst pipes
5 How to prevent the freeze
5.1 In the short term
5.2 In the long term
6 Recap

How long does it take for pipes to freeze?

First, we look at the answer to the question that brought you here: How long does it take for pipes to freeze.

Now, I will be lying if I tell you there are hard and fast rules about the issue.

Rather, the exact duration your pipes can withstand prolonged sub-freezing temperatures before giving in depends on a couple of factors.

For instance, we very well understand that insulation plays a role with properly insulated lines being more resistant to freezing.

Also, pipes passing through unheated interior spaces such as garages and basements are more vulnerable to freezing.

In fact, majority of all frozen plumbing complications occur in basements.

Still, you’re at more risk of running into freezing water pipes if your home design was not planned with the risk of severe winter threat in mind, a common practice in warmer climates.

Some folks in these regions assume that they’re safe from frigid temperatures and overlook best practices such as insulation and an abnormally cold weather will spell doom for their piping.

All that said, the basic rule of thumb is to generally expect pipes to freeze within 3 – 6 hours of drawn out subnormal temperatures.

Now, the keyword here is the temperature because we have a specific threshold below which your pipes are particularly in danger of freezing and probably breaking.

This brings me to the other crucial question: What temperature levels do pipes generally freeze?

The answer is right next…

What temperature do pipes freeze?

Here is the thing: not all temp levels are disastrous and you should only be concerned if the prevailing temperatures dip below 20 degrees Fahrenheit in an unheated house and stay there constantly for hours.

However, as mentioned earlier, there are several mitigating factors including the amount of insulation and the location of the pipes.

It’s also worth noting that your pipes are exposed to freezing even when the temperature hovers above the 20 degrees limit if there are openings letting in cold air near their location.

Chilly air coming in worsens the chill leading to the formation of solid ice blocks in there even where the space is heated.

How to unfreeze pipes

Because they can rupture suddenly, you should move fast to try to rescue frozen pipes- remember that water has this unique property that makes it expand as it freezes resulting in tremendous pressure coming onto the pipes carrying it.

The good news is there are some straightforward steps you can take to make the frozen pipes thaw before the excessive pressure causes a catastrophic burst.

Here is how to arrest the situation:

The easiest strategy to nab the culprit (or culprits) is to turn on a faucet and observe the flow of water.

You likely have a frozen pipe if only a trickle flows out.

Once you have the victim, open the faucet.

Your secret weapon against freezing problems in plumbing is heating and you want to monitor the flow of water (and the pressure) as soon as the melting ice plugs give way.

Proceed to heat the affected area- use a device such as your electric hair dryer or even a heating pad to heat the frozen part.

Keep the heat on until you succeed to restore regular water pressure.

There could be other frozen pipes elsewhere and it’s advisable to inspect and thaw them as described above.

What to do with burst pipes

If you have confirmed your worst fears -that you have a broken pipe (check for leaks)- we suggest that you cut off the water supply completely via the main shut-off valve then call in an experienced plumber.

This is also the recommended course of action if you have been unable to trace the frozen spot or thaw the pipes.

How to prevent the freeze

Obviously, the best (and perhaps the most economical) way to beat the freeze is adopting preventative measures.

Again, most of these tried-and-tested protective actions are not difficult to put in place.

Here is how to respond:

In the short term

In the long term

How long does it take for pipes to freeze again?

Well, as you have learned, your pipes will likely freeze within about 3-6 hours if the temperature plummets (and remains) below 20 degrees Fahrenheit.

This equation could, nevertheless, change if you have installed some heating or insulated your system properly.

Of course, the best way to avoid the problem (and its dire outcomes) is to enact the preventive measures we have discussed here.

If not, you’ll have a mammoth repair bill in your hands when you’re least prepared.