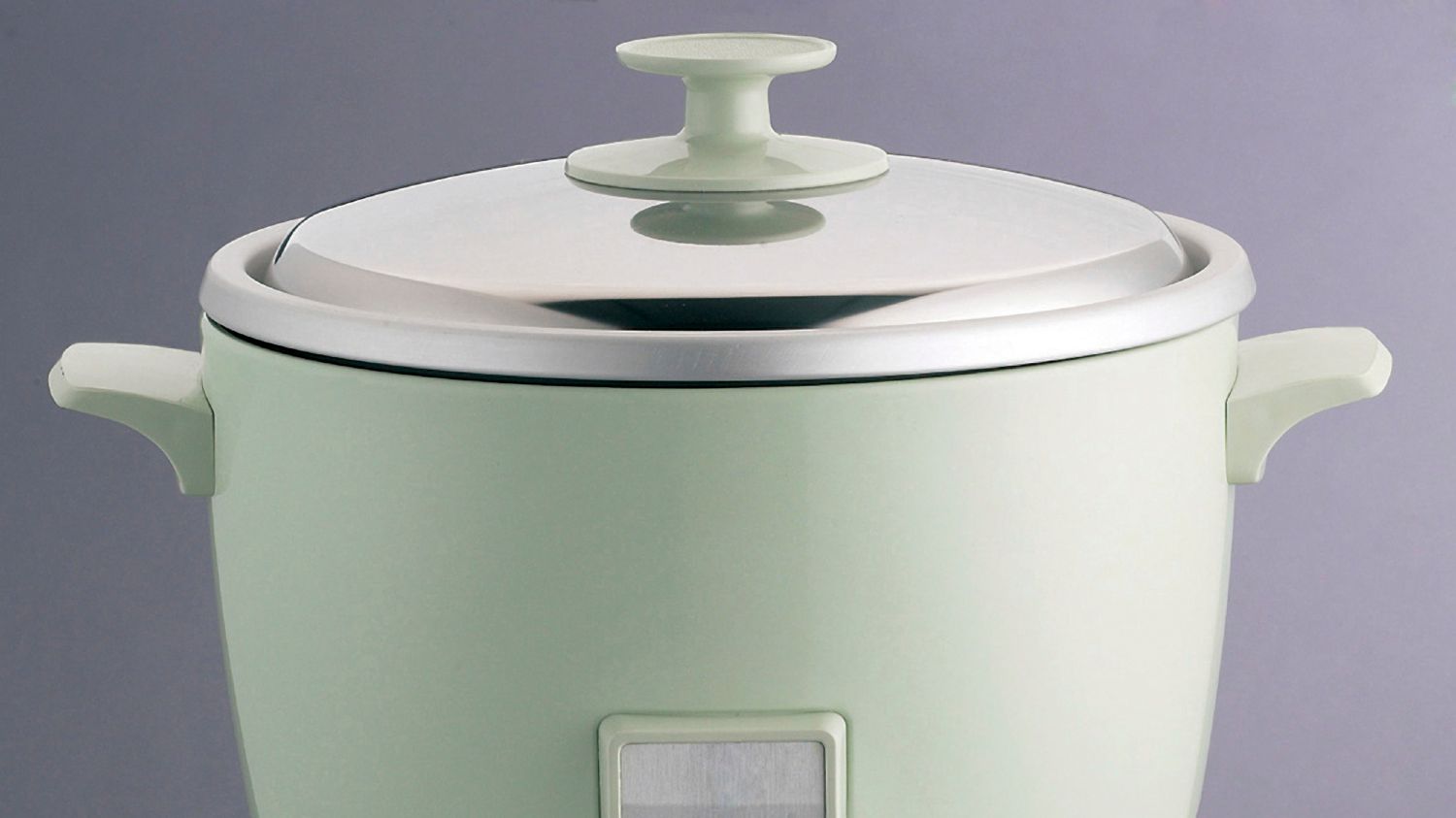 If you aren’t familiar with the rice cooker, it’s the easiest way to make perfect rice without having to worry about burning it or the rice spilling over while you’re doing other chores.

Think of it as a slow cooker primarily for cooking rice. It uses steam and water to cook your grains over a fixed period, trapping the flavors in the pot, and delivering a hot, delicious, perfectly-cooked serving of rice. If you’re looking to buy one, check out our list of the best rice cookers.

Rice cookers are quite interesting kitchen gadgets, and if you want to learn more about rice cooking and how rice cookers were developed, these facts are here to brighten your day.

1. Cooks would use kamado before rice cookers

Before rice cookers were invented, restaurants and households would cook rice in a kamado, a large cooking area using firewood and built into the corner of a kitchen. Cooks would place a large pot containing rice and water over the fire. The taste of the rice would depend on the strength of the heat used to cook it.

Cooking in a kamado took a special skill, however, as the cook would have to watch over the fire from very early in the morning to ensure that the rice would be cooked properly and in time.

To aid with the cooking process, a rhyme was invented to describe what went on. Cooks were instructed to begin at low heat, then increase the heat, before lowering it again once the inside of the pot began to boil.

Electric rice cookers made their way to the market in the Taisho era (1912-1926), but it wasn’t until 1955 that the first automatic household rice cooker went on sale. Toshiba, a Japanese brand, spent five years developing it. With the rice cooker becoming popular and making its way into households, the kamado disappeared from the kitchen as there was less housework to do with an electric rice cooker.

It took some time and a lot of trial and error, but eventually, companies created what we know and use to cook rice in our kitchens today. Some companies took it to the next level, combining both the rice cooker and steamer to create a must-have kitchen appliance to make cooking a lot easier.

The rice cooker also took on different sizes, some big enough to cook for a huge family, while others took on a smaller size to accommodate servings for just a couple of people so the rice would not be wasted. (Pro Tip: If you live alone or with 2-3 people, check out the best small rice cookers that would be perfect for any home).

3. Electric rice cookers were created to reproduce the taste of stove-cooked rice

Not only do electric rice cookers make your life easier (just put in your rice, plug it in, and it will cook the rice for you), but they were also created to reproduce the flavors that stove-cooked rice gives.

The latest electric rice cookers have induction heat coils in the lid so the inner pot is heated at a high temperature, just as it was in the days when people would cook on the kamado. This results in rice that tastes like it has been cooked in a traditional kamado stove.

Over the years, the innovation of the rice cooker technology has been developed to include pressurizing the rice with the steam that’s generated during cooking. This gives the rice a stickier, fuller consistency. The modern technology also applies ultrasonic vibration to help the rice absorb the water better.

Yes, you read that right! Even if you leave your rice cooker in “warming” mode, your rice will never burn. The reason for this is because of the way rice cookers are made. As Richard Bagueley, who penned an article that breaks down the science behind the rice cooker application, says: it’s all about paying attention to the temperature.

When an automatic rice cooker is turned on, the heater starts heating the bowl, which in turn conducts the heat into the water and the rice. Once your mixture of rice and water starts boiling, the heat is carried off in the steam that rises from the bowl.

Water at the bottom of the bowl will boil, turn to steam, and carry off the heat, the whole time the rice is cooking and absorbing the water. After the rice has absorbed all the water, the heater is still pumping heat into the bowl, but because there is no water left, the temperature of the bowl quickly rises. This sudden temperature rise triggers a mechanism inside the rice cooker to turn the heat down or to turn off the rice cooker completely.

This feature is what makes your rice cooker a genius set-and-forget appliance that will never burn your rice.

5. Rice cookers can cook other grains

Did you know that you can cook more than just rice in a rice cooker? Don’t let the name fool you! While rice cookers are designed to perfectly steam or boil rice, you can use it to prepare other types of grain as well.

If you like to cook barley or you’re on a healthy diet and eat quinoa instead of rice, you can cook it in a rice cooker instead of in a pot over the stove. You just need to add more liquids (whether water or broth) than you typically use to cook the grains. Rice cookers can also cook risotto, polenta, grits, and even some types of a paella dishes and breakfast burritos!

6. Rice cookers can also cook other types of interesting dishes

The rice cooker is an incredibly versatile appliance. Not only can you cook your rice for your meals, but you can make and do other things too!

Did you know you can cook oatmeal in your rice? If you haven’t got a microwave or easy access to a stove, just pop some oats and milk into your rice cooker and you’ll get delicious, healthy oatmeal in no time at all.

If you’re looking to add sides and other savory dishes to your meal, you can do that with a rice cooker. It can cook pasta, soups, and even mac ‘n’ cheese, and potatoes! Rice cookers can also cook pizza, pancakes, cakes, and more! It can even help you prepare a delicious cup of hot chocolate!

The list is endless. It might take time experimenting until you get it right, but there are lots of recipe books out there with rice cooker recipes that have been tried and tested.

If you don’t have a rice cooker yet, it’s worth considering getting one, especially if you love rice or eating meals with rice, or live in a small area with no stove, or are just a fan of quick, ready-to-make dishes. A rice cooker will surely come in handy and help make meal preparations a lot easier for you!