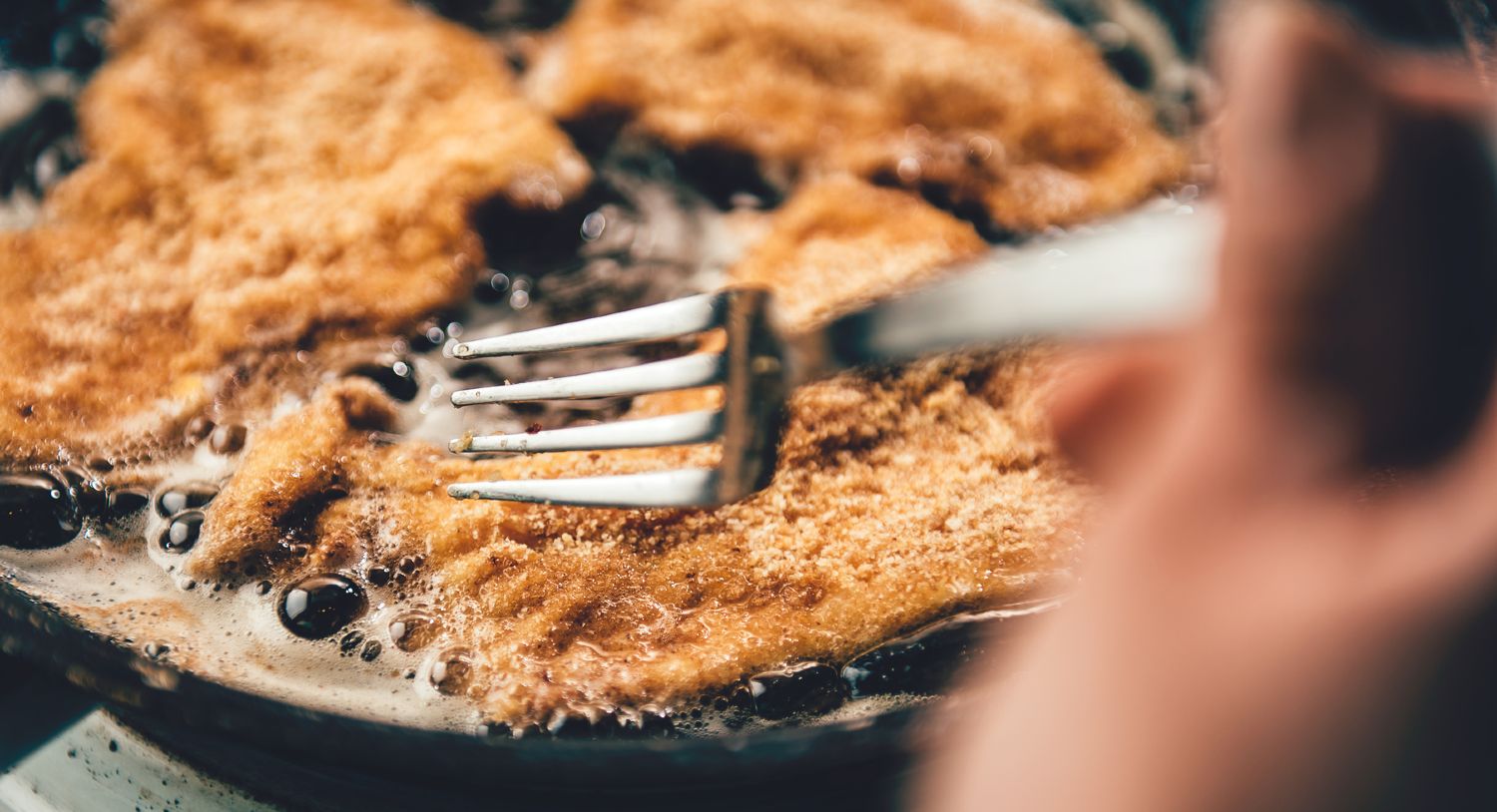 Deep frying is one of the easiest cooking methods out there. Simply put a saucepan or pot on the stove, add your oil, and you can deep fry your way through chicken, vegetables, and different kinds of food to come up with an easy lunch or dinner menu.

What might probably be a new concept, however, is deep-frying in a cast iron wok. Contrary to the usual misconception that this kitchenware is just for cooking noodles and other stir-fried dishes in, the cast iron wok can actually be used to cook a wide variety of dishes, deep-frying included.

If you don’t have a cast iron wok yet, you’re definitely missing out on something. Having a cast iron wok is a great addition to your kitchen because it’s durable, you can cook a lot of dishes, and, as long as you take proper care of it, it will last you a lifetime.

If you’re wondering whether a cast iron wok is good for deep frying, here are 6 reasons why it’s great for the job:

1. A cast iron wok allows you to use less oil

If you’ve never yet seen the shape of a wok, it’s got a unique concave shape. Think of an inverted cone with a very wide surface. It’s also got sloped sides and shallow depth.

The factors that give the wok its distinctive shape are also what make it great for deep frying. The shallow depth allows you to use less oil as compared to cooking in a straight-walled pot or saucepan. Because of the sloped sides, the oil also pools in the center of the cast iron wok, so you don’t need to pour as much as you usually do.

Need more proof? Cook’s Illustrated shows that a wok can have the same depth of oil as a Dutch oven while using 33% less oil.

At the same time, you don’t have to worry that much about oil splatters because the high and wide sides of a wok will catch most of the splatters that regular frying pans and pots won’t.

2. A cast-iron wok retains heat better than other materials

While it’s not easy to determine what brought about the invention of the wok, scholars think that the people who invented and used it back then had very limited access to fuel. That’s why the wok is designed the way it is: it heats quickly over an open flame and you only need to use a little bit of oil to cook a large meal.

The wok is specially designed to heat up evenly on all sides. No matter what you’re cooking or what part of the cast iron wok you’re cooking it in, you can be assured that it will get the same amount of heat as the others and cook them just as well.

The thing about cast iron woks is that they are much heavier than woks made of other materials. This means that although your wok takes a little longer to heat up, the heat is retained inside the material, and the oil won’t cool down as quickly when you dump in your foods, resulting in a better crust and juicy meat.

3. A cast iron wok gives you more room to cook

Ever struggled with flipping your food and removing them from the oil because your pot was too small? If you deep-fry your food with a cast iron wok, you won’t have that problem anymore.

The cast iron wok gives you a lot more room to cook your dishes and to move and turn around your food while you are deep-frying them. You can flip them over with ease! Light-weight foods will also float to the surface when they’re cooked, so you don’t need to be afraid of burning them.

If you’ve cooked with a saucepan, you probably know the struggle of having to remove the cooked food because the surface can be quite small. If you cook with a cast iron wok, it will give you a lot more room so it won’t be that much of a hassle to remove your food once it’s done.

Pro tip: Because of its shallow depth, it’s a lot easier to get the food using tongs or a skimmer.

4. A cast iron wok is non-stick after seasoning

If you’ve ever tried deep frying in a wok or pan made from stainless steel, you probably know the struggle of food sticking to the surfaces, making it almost impossible to clean and cook properly.

Because of the nature of cast iron, the wok is naturally non-stick when soaked in oil. The process is called “seasoning”, and it makes your cast iron as non-stick as those fragile, Teflon-coated woks that will scratch with a single touch of a metal utensil.

If the seasoning is worn down, you can simply season it again and again. That’s the beauty of cast iron woks – they’ll never wear down.

5. A cast iron wok is easier to clean

Most people are afraid of using cast iron to cook because they find it difficult to care for. Dietician and nutritionist Lily Nichols has a simple solution for that:

Seasoning your cast iron wok (which is the process of coating your wok in a layer of oil) is very important as this keeps it from rusting and serves to further enhance the flavors as you cook.

Traditional woks that are made from cast iron or crude iron must be seasoned with oil before you can use them. With regular use and regular seasoning, the wok develops a hardened, non-stick surface of the wok that seals off the pores in the steel and prevents the food from getting stuck to the surface.

At the same time, cooking in a well-seasoned cast iron wok produces the wok hei, which is translated to “breath of life”–that charred aroma that gives your dishes a delicious, smoky flavor. Deep frying in a cast iron wok unleashes that and gives you dishes that will keep people wanting more.